Government spending on publicity is nothing new. But in recent past, the amount spent on publicity has increased multifold. In the last 16 years from 2002-03 to 2017-18, the years for which data is available, Government of India spent close to Rs 10000 crore. Since 2013-14, the last year of the UPA government, at least Rs 1000 crore is being spent on publicity every year.

The publicity blitzkrieg of any government just before any elections is a well known fact. Tax payer money is used to publicize government’s achievements, schemes and what not. Quite often, this is one area where the government spends more than the allocated budget. And also, this is one area where austerity is not heard of. As per data shared by ‘The Directorate of Advertising & Visual Publicity (DAVP)’, under the Ministry of Information & Broadcasting (MIB), the central government spent close to Rs 10000 crore on all kinds of publicity in the 16 year period from 2002-03 to 2017-18 (up to 09th March 2018).

What is DAVP?
The Directorate of Advertising & Visual Publicity (DAVP) is the nodal agency that takes care of multi-media advertising and publicity for various Ministries and Departments of Government of India. Some Autonomous Bodies also route their advertisements through DAVP. The DAVP is under the administrative control of the MIB. DAVP majorly uses the following channels for communication

The information on publicity expenditure was provided by DAVP in response to an application filed under RTI. 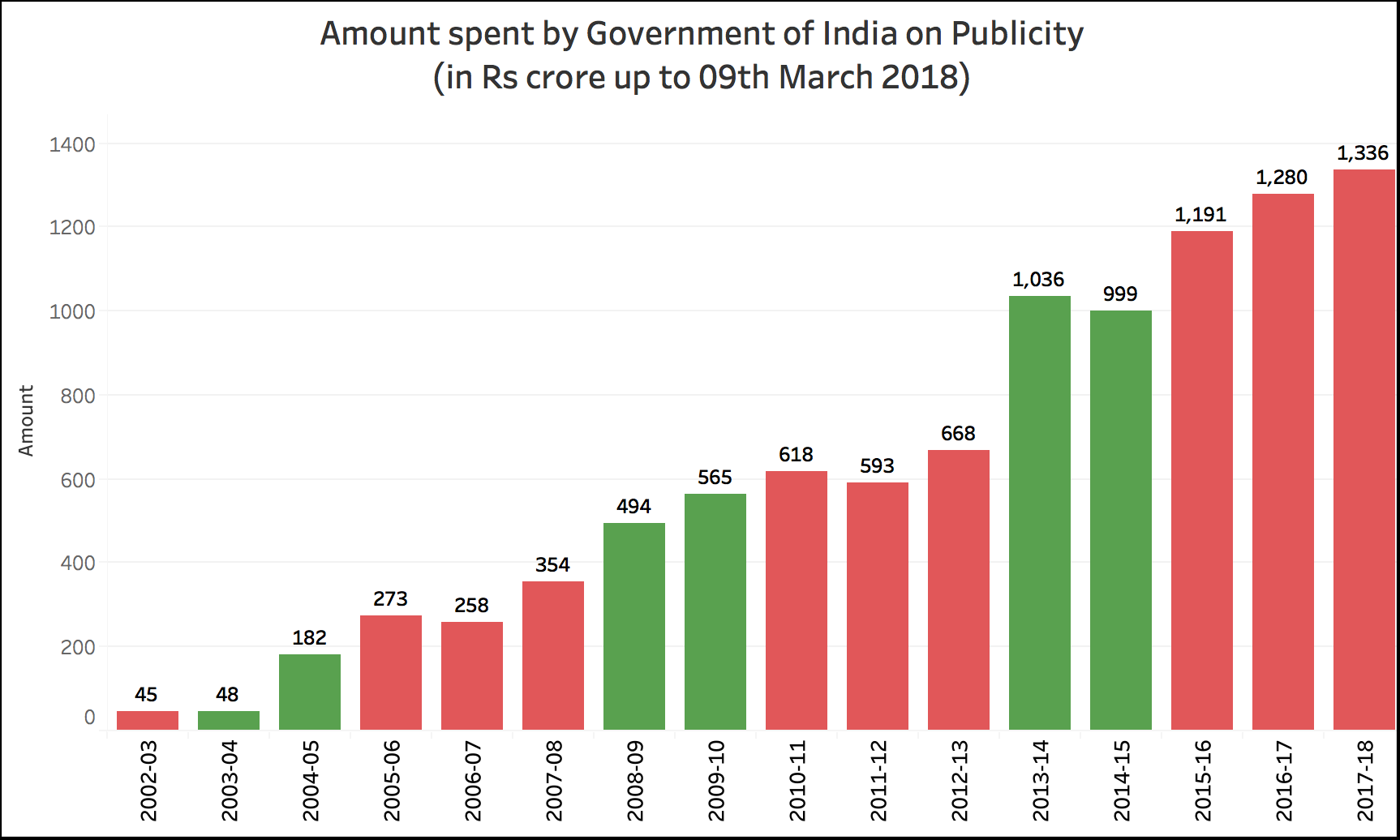 While those at the helm of affairs always advocate decrease in government expenditure & practicing austerity, this seems to be the only area that is an exception to any such rule. More & more money is being spent on publicity by successive governments.

Share. Twitter Facebook Google+ Pinterest LinkedIn Tumblr Email
Previous ArticleUnclaimed Deposits in Banks close to Rs 9000 crore
Next Article Have you been denied Boarding despite arriving in time? Here is the Compensation you are entitled to