The number of fluoride affected population has come down by 15% in the 3.5-year period between April 2014 & December 2017. More than 10 million people are still affected by fluoride. While southern states have substantially improved, 10 other states have seen an increase in the number of affected people. 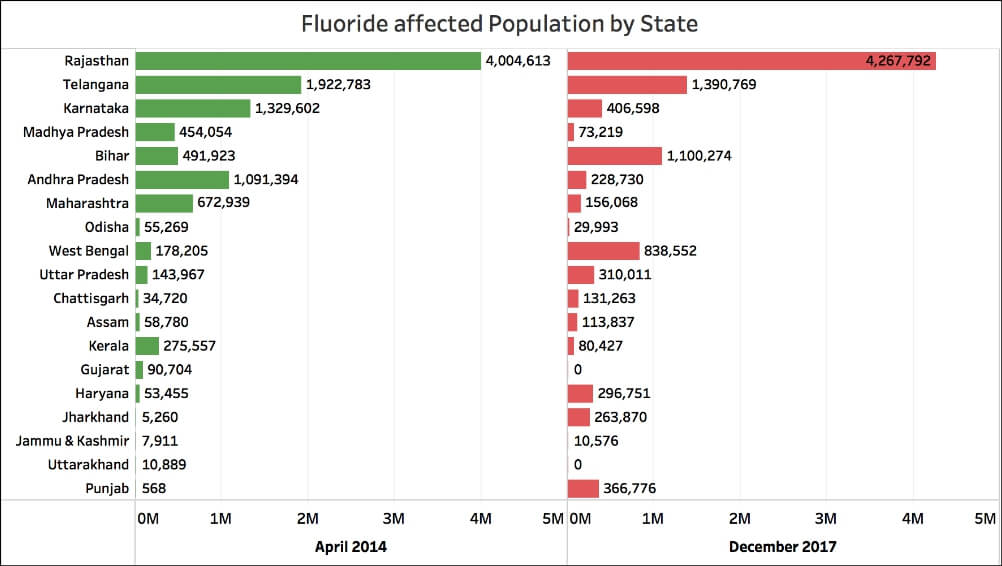 People whose mother tongue is Telugu
Indian Airport Security Check exemptions
Where in India are Passports issued the quickest?