Number of Independents over the years 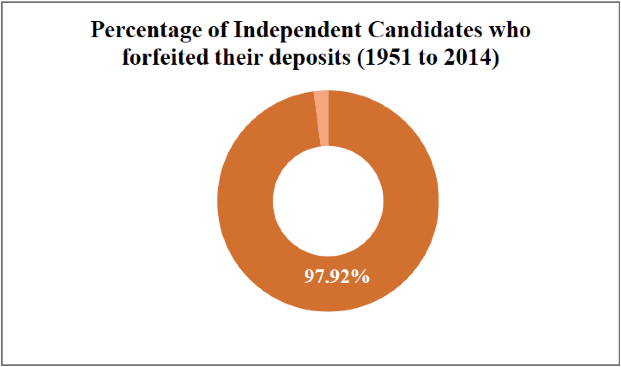 Independent Candidates polled more than 10% of the total valid vote in the first four general elections. After that, their vote percentage saw a steady decline and in 2014, they polled just 3% of the total vote.

What did the Law Commission Recommend?

Looking at the ahove numbers, it does look like the Law Commission got its recommendation right when it said that independents be debarred from contesting elections since it is not difficult to register a political party. The Law Commission recommended that independent candidates be barred from contesting in Parliament & Assembly elections and that Section 4, Section 5 of the Representation of People’s Act be amended accordingly.