The NCRB releases multiple reports annually that provide crime & accident related statistics. Out of the 3 reports published by NCRB annually, two reports for the year 2016 have not been released yet, even as we enter 2019. The delay in the publication of these reports defeat the very purpose of compiling them.

Even as we enter 2019, few reports for the year 2016 have not been released yet. Historical data on the month of release  of these reports indicates that it is the first time since 2002 where the delay in the release of few reports has crossed 24 months.

Release of the CII Report – Improvement since 2004
The data for the annual Crime in India (CII) report  is provided by the States/UTs in a prescribed proforma . This data is compiled by the NCRB in the form of CII, which gives comprehensive data on incidence of crime, disposal of cases by police & courts, crimes against women, children etc. 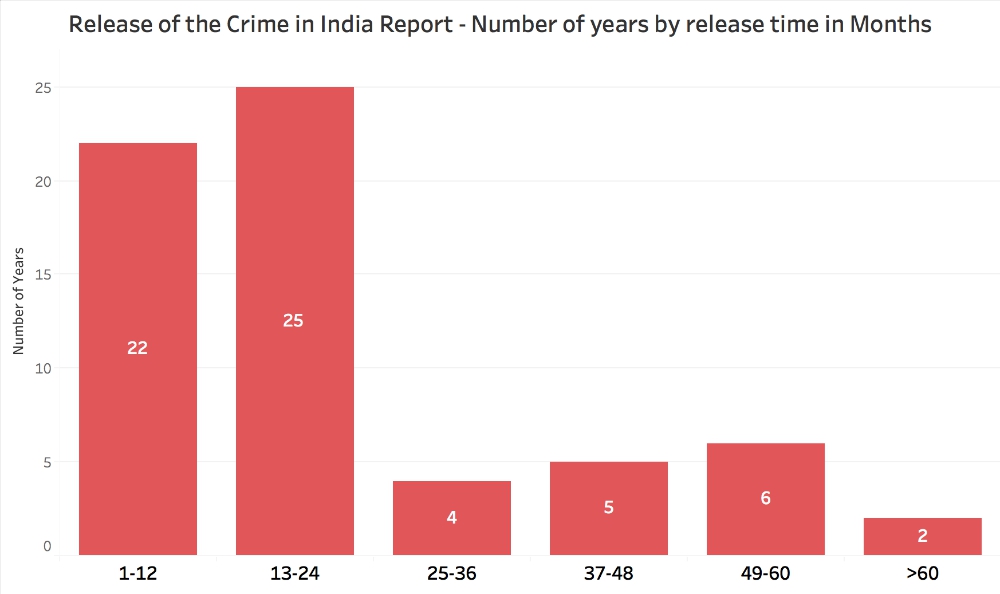 Release of the ADSI Report – The 2016 report is yet to be released
The Accidental Deaths & Suicides in India (ADSI) report  provides data on various accidental deaths & suicides in India. Though the report is being published since 1967, the month of release of this report is only available  from the year 1976. 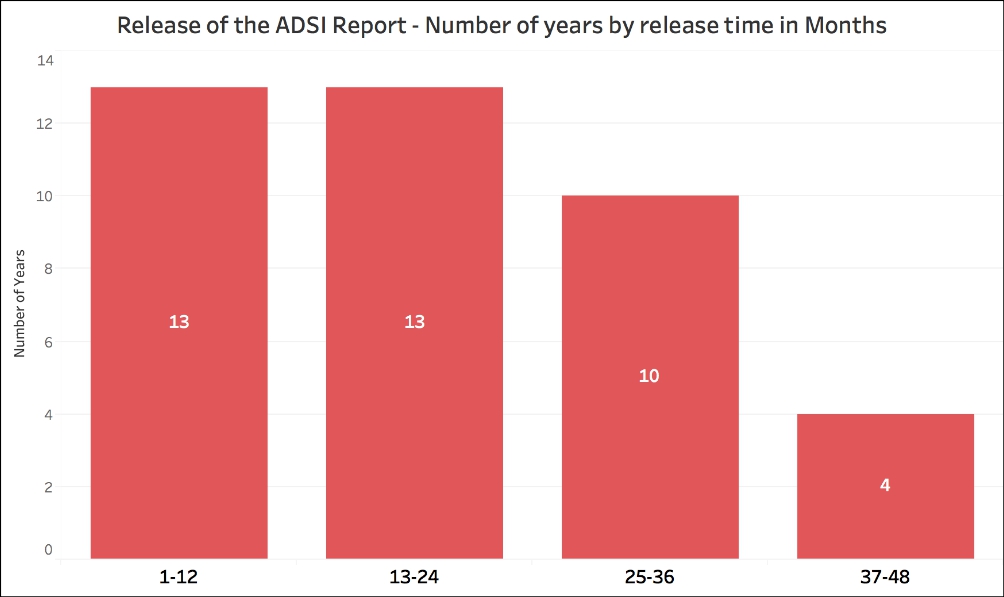 Prison Statistics India report – Improvement in the last 6 years
The Prison Statistics India report  provides data on all prisons in India, the occupancy, details of the prisoners etc.  This report is being published by the NCRB since 1995. Till the year 2004, this report was released within 24 months on average while the average delay went down to 14 months since 2005. In fact, the average gap has reduced to less than 10 months since 2011. Even in this case, the 2016 report is yet to be released after two full years or 24 months. Delayed reports defeat the purpose
These reports provide an opportunity for governments & other stake holders to review crime and other related  statistics. The reports also provide trends & important data points, that could be used by the civil society advocating governments for relevant corrective action. For instance, the number of reported incidents of rape increased by over 30%  in the year 2013, the year after the Nirbhaya incident in Delhi, possibly because of greater awareness and amendments made to the Criminal Law. Even the statistics related to farmer suicides from the ADSI report are widely used to understand the farm related distress across the country.

The undue delay in the release of these reports defeats the very purpose of compiling them. One had hoped that the NCRB will release these reports within 6 months with the introduction of Crime and Criminal Tracking Network & Systems (CCTNS) and with a greater emphasis on ‘Digital India’. As India bets big on AI other related technologies, availability of reliable data is going to play an important role. But sadly, we seem to be going back in time. It’s high time the government explain reasons for such undue delay and release the data immediately.